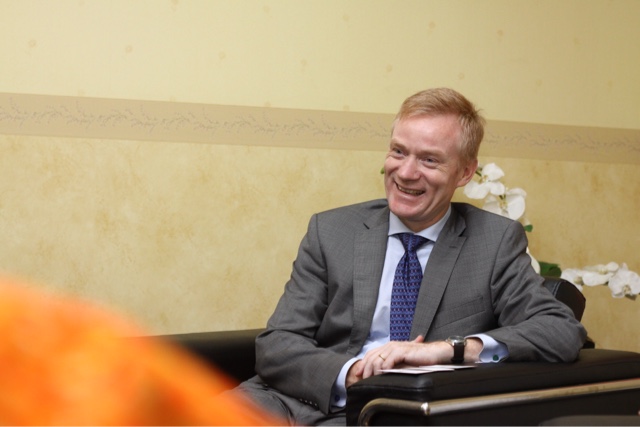 The EU Ambassador to Indonesia, Mr. Vincent Guérend, began a four-day visit to the Papua Province, including Jayapura (the capital of the province) and Wamena. This visit aims to see firsthand and obtain information on the latest developments of the province, including the economic sector, regional elections (Pilkada), governance, human rights and environmental protection. This is the second visit for Ambassador Guérend since his assignment to Indonesia in September 2015.

“The EU has good relations with Indonesia. We work together in various fields, such as trade, climate change, governance, democracy, and human rights. Many of the EU’s development cooperation programs in Indonesia directly bring benefits to the province of Papua in the areas of health, education, support for climate change mitigation efforts and sustainable economic development,” said EU Ambassador Guérend.

In addition to discussions with local governments, Ambassador Guérend will hold meetings with civil society, particularly on environmental and climate change – on future assistance to capacity building and advocacy. The EU Ambassador Guérend will also visit some of the projects focused on education, health and forestry in Central Papua that are financed by EU.

A 2.5 Million Euro aid to the ParCiMon Program (Participatory Monitoring by the Civil Society of Land-Use Planning for Low-Emissions Development Strategy) has contributed to sustainable green development in Papua. The project is being implemented by the World Agroforestry Center (ICRAF) in three districts (Jayapura, Merauke and Jayawijaya), specifically for capacity building in sustainable use of natural resources and access to environmental services, while ensuring local community participation in development planning.

The Ambassador plans to visit hospitals in Wamena to see further the Government’s efforts to give quality health services and treatment for AIDS, Tuberculosis, and Malaria. The EU and the EU Member States are major contributors to the Global Fund against AIDS, Tuberculosis and Malaria (GFATM).

Ambassador Guérend will also meet the trainees of the SUSTAIN Project in Jayapura. The SUSTAIN project aims to enhance the integrity, transparency and accountability of the judiciary. The project also provides training for judges dealing with environmental crime cases.