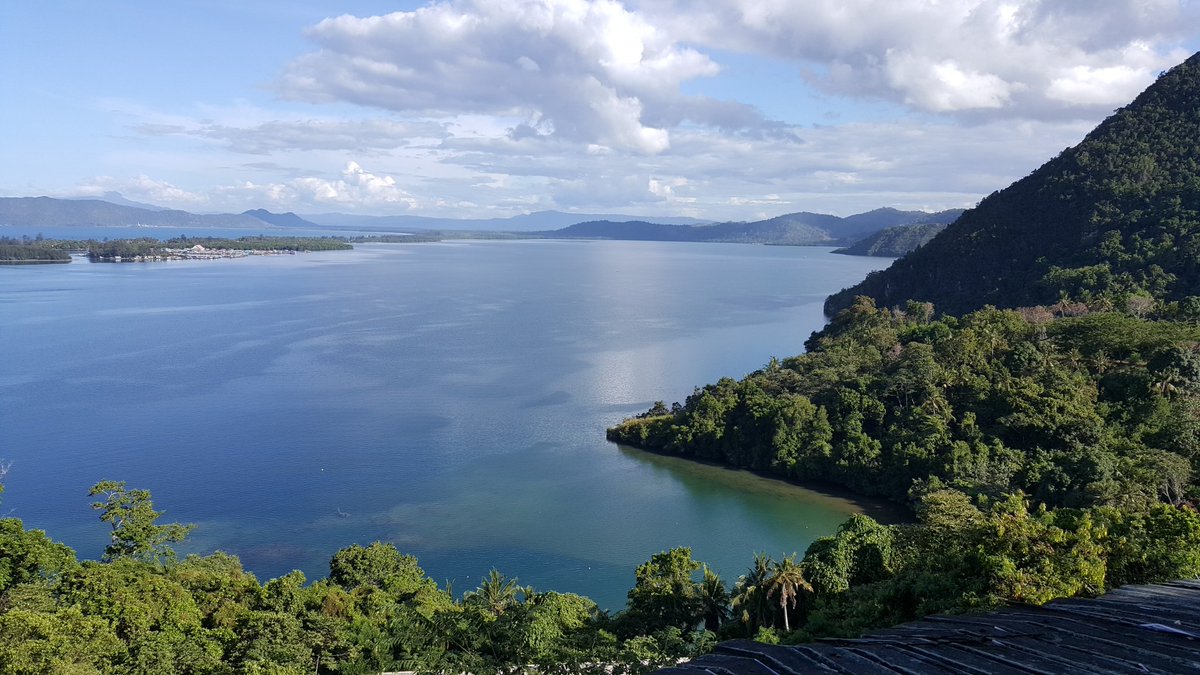 She added that the discovery was extraordinary and unique because the statues were different from those found in other areas in Papua.

The two statues are one meter high and weigh around 50 to 60 kilograms.

“The two statues and other cultural materials are being analyzed at the Papua Archaeological Center,” Djami noted.

She revealed that the Srobu Mountain Site is one of the important archaeological sites in Jayapura city. This site is located on a cape in Youtefa Gulf. This area is a place for some locals to look for shells as raw material to make lime that is used for chewing betel.

“In February 2014, we got information that there were bones found in Srobu Mountain. The locals guessed the bones were those of Japanese soldiers,” she remarked, adding that the Papua Archeology Center, together with the Provincial Culture and Tourism Office, later went to the location to check the information.

“Surprisingly, we not only found bones but also various cultural objects, such as pottery fragments, stone tools, and mollusks shells. I can say that this is one of the great archaeological sites in Papua,” Djami revealed.

After that, the Papua Archeology Center set up a plan to conduct the first research in 2014.

“That year, we carried out a surface survey but did not cover all areas. We also carried out excavations and found a number of stone axe artifacts, oval axes, and tools made of shells, beside pottery with beautiful decoration, “he added.

According to E Djami , the findings of cultural objects characterize a culture from prehistoric times.

“From the dating, the Mount Srobu site has been inhabited since 3,780 before present or BP. This means the site is from Neolithic era, showing that Papua already has an extraordinary culture,” she noted.

In addition to Neolithic culture, in 2015, the researchers also found megalithic relics, in the form of menhirs and dolmens, which were neatly arranged on the ground.

“We will continue this research until this year. So, every year, our research on the Srobu Site discovers unique new things that illustrate a cultural revolution at that location,” she explained.

He hoped that the Srobu Site could become one of the historical tourist destinations in Jayapura City in particular, and Papua, in general.