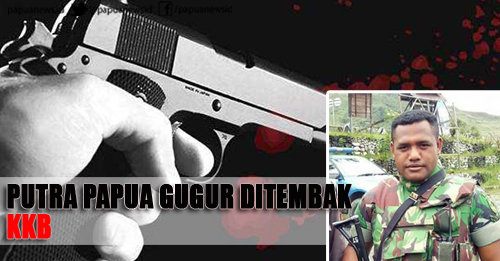 “In their way home, Pak Dandim [Hendratmo] and his entrourage were shot at by members of the suspected group. He fought back using his pistol an asked for help from Yonif 753 personnel, who were only around 100 meters from the site of the incident,” said Teguh.

One member of the armed group was shot in the chest by Hendratno and died at the location. Hendratno’s assistant, Second Sgt. John Karel Mandowen, was also shot when two members of the group fought back using long rifles.

“Our soldier was evacuated to Mulia Regional General Hospital but he suffered severe bleeding from gunshot wounds to his chest. Mandowen’s life could not be saved. Our soldier died in the incident,” said Teguh.

He said it was suspected to be a planned attack because the shooting occurred in Mulia. “It appeared the ambush and attack were prepared because they happened downtown after the targets visited residents in the village,” said Teguh.

The Puncak Jaya Police District Command confirmed this incident. Currently a member of the security is conducting searches to catch the perpetrators of the shooting.