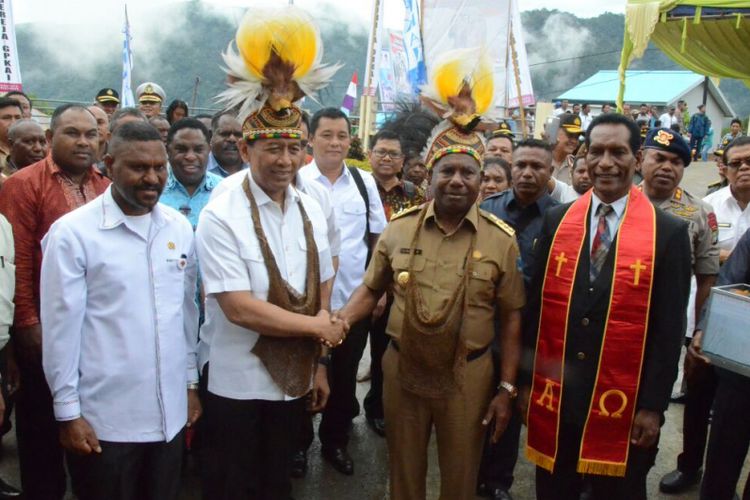 After the recent visit of President Joko Widodo to Papua, Coordinating Minister for Political, Legal and Security Affairs Wiranto also plans to review the development of the border in Merauke, Papua with the National Border Management Agency (BNPP). It is a government attention, to never abandoned the border areas.

“My plan is to go to Papua to review the construction of the border, in Merauke. As well as to see the projects that have been completed, then we inaugurate, “said Wiranto in his official statement on Saturday (14/4).

Wiranto said that after receiving BNPP presentation on Integrated Border Development of 2018 at the Office of the Coordinating Ministry for Political and Security Affairs, Jakarta, Friday, 13 of April. The meeting was also attended by Acting Secretary of BNPP Widodo Sigit Pudjianto, Secretary General of the Ministry Lieutenant General Yoedhi Swastono, and officials of Kemenko Polhukam.

The Minister added that, according to the government-promoted program (nawacita) under President Joko Widodo and Vice President Jusuf Kalla, BNPP has the duty and function as coordinator and agency that synchronizes the development of the border areas.

“So if anyone says that we are neglecting the border area is wrong, because one of our current focus is development in the border area. For what? In addition to infrastructure at the border, to build the economy, for equity and so on,” he concluded.