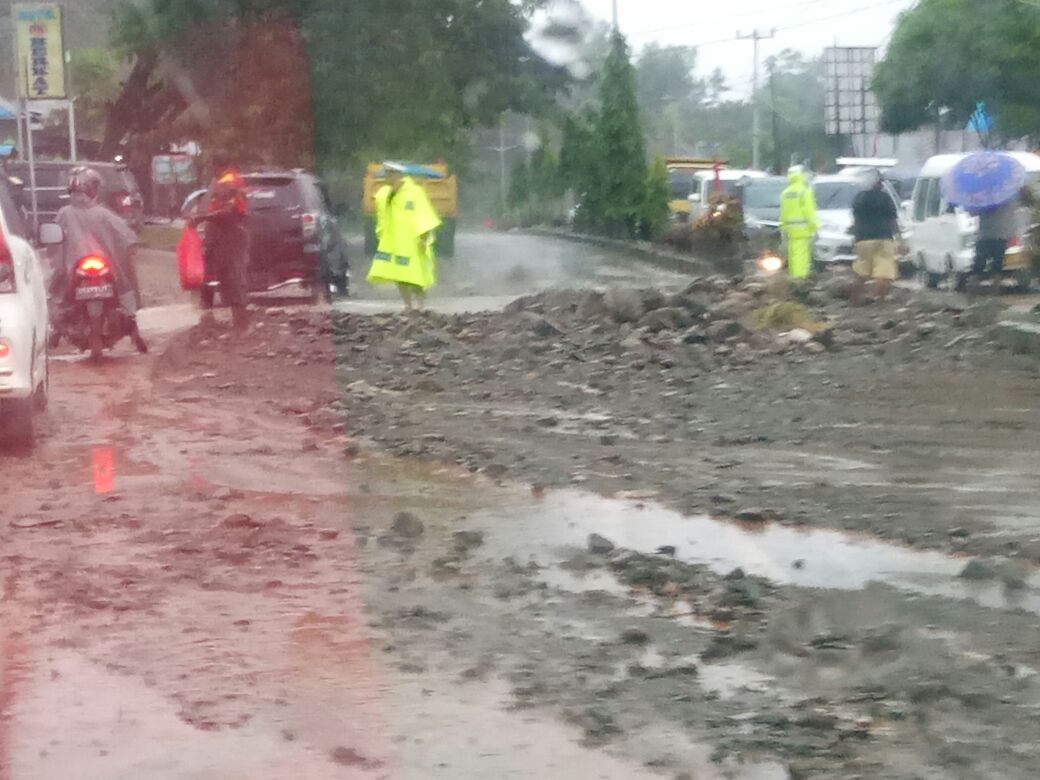 Meanwhile in the Jayapura regency, the highway connecting Hawai and Sentani are still covered by rocks and landslide, causing heavy congestion all the way to Sentani. Currently, light rain still fall in most areas of the Province of Papua.