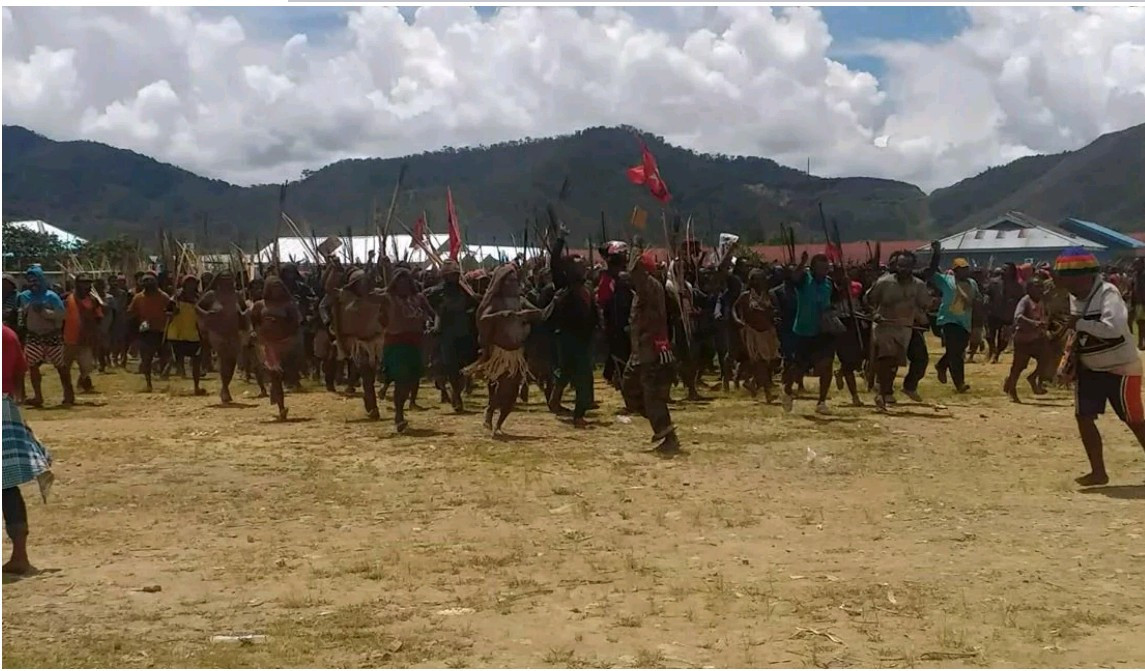 Around 190 countries gathered in New York for the 74th United Nations General Assembly (UNGA) from Sept. 17 to 30. Its themes included galvanizing multilateral efforts for poverty eradication, quality education, climate action and inclusion. As sovereign nations, however, participating countries were free to touch upon any issue pertinent to their supreme national interests.

It is in this context that prior to and during the UNGA session, the so-called leader of the United Liberations Movement of West Papua (ULMWP), Benny Wenda, and his cohorts had moved around to lobby countries, especially state parties to the Pacific Islands Forum and Melanesian Spearhead Group, trying to convince them to pressure Indonesia to organize a referendum in Papua.

And at the same time, banking on the already tense politics in Papua, mainly due to the heinous killing of around 20 construction workers in Nduga regency last December, Benny stands accused of provoking a series of brutal acts in the restive province, in which scores of innocent people perished in Jayapura and Wamena respectively, in an attempt to attract the General Assembly’s attention.

More than 30 innocent people were dastardly killed and around 10,000 have become displaced.

This tragedy has exposed the true colors of Benny, defeating his claim of being a peaceful freedom fighter, as he has tried desperately to portray during his recent interview with the BBC. The recent killings, looting and burning of civilian property and public infrastructure in Papua speak volumes of this man, who apparently will do anything imaginable to justify his end. It is rather shameful that Vanuatu has – all these years – failed to see this fact and was willingly manipulated by Benny to become ULMWP’S mouthpiece, by constantly raising the Papuan issue at international forums.

The fact that only Vanuatu out of 196 participating countries in the General Assembly session pressed for Papuan self-determination is clear evidence. Indeed, the question of Papua had long been put to rest when the UNGA issued Resolution No. 2504/1969.

The 1969 resolution affirmed the return of Papua from the colonial past to the realm of the Unitary State of the Republic of Indonesia, based on the principle of utipossidetis juris, an international maxim that states borders of the newly independent countries conform to its colonial ones.

While regretting the ignorance of Vanuatu on this well-established international principle, Indonesia should welcome the constructive engagements by Solomon Islands and Tuvalu, which briefly expressed their concerns over what happened recently in Papua, while appreciating the intention of Indonesia’s government to invite the UN High commissioner for human rights to visit the country.

It is to be expected that Indonesia will take commensurate measures to rein in Vanuatu from meddling in its domestic affairs, which may include breaking up diplomatic ties between the two countries.

Practically, Indonesia gains nothing from its diplomatic relationship with this relatively less than US$1 billion economy, as compared to Indonesia, which has a gross domestic product that surpasses $1 trillion, according to the World Bank. In terms of socio-economic benefits, Vanuatu surely needs Indonesia more than Indonesia needs Vanuatu. As the menacing global economy recession starts to manifest itself, instead of engaging in confrontation, all UN members are required to corporate closely to fend off this threat.

Accordingly, all countries have to identify all obstructing elements in their quest to multilaterally confront the approaching economic turbulence, amid UN failures to resolve recalcitrant conflicts around the world, among others, in the Middle East, Afghanistan and Korea Peninsula, apart from the Rohingya humanitarian crisis in Myanmar.

As far as Vanuatu is concerned, to continue raising the Papuan issue internationally will lead it nowhere. It is just like barking up the wrong up the wrong tree, for no country will support Vanuatu, as has been made crystal clear all these years. Hence, getting rid of the Papuan issue from its international agenda is highly recommended to build a more productive cooperation with Indonesia.

As for the Indonesia’s maturing democracy, we hope it is able to resolve its multifaceted challenges, including the Papua issue, in the near future. Soon after his inauguration this month and with his renewed mandate, President Joko “Jokowi” Widodo will be very well equipped to pull Indonesia out of this trying moment. Let us give him enough space and ample time to carry out his constitutional duties, resolving all pressing matters, chiefly among those the issue of Papua, once and for all.