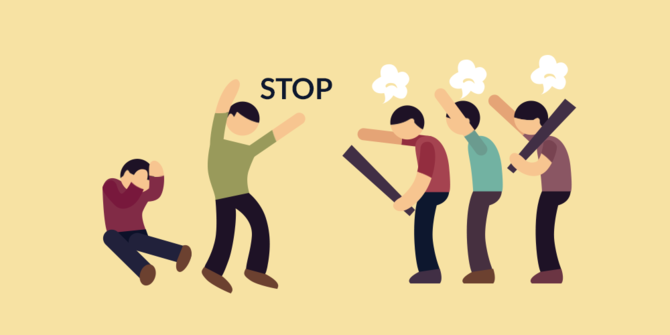 Roads blocking and riots occurred on Abepura Road, Sentani, on May 25, 2017. Jayapura City Police Chief AKBP Tober Sirait, S.IK. and his aide Bripda Nyoman became the victim of the persecution in the incident.

Here is the chronology of the incident:

At around 1 pm Papua time, there has been a blocking of Abepura Road, Sentani -precisely in Padang Bulan- until Makorem 172 Prajawirayapti Jayapura city done by a group of people allegedly after hearing an information of cardboard and other used items burning in the garbage by army (TNI) member carrying out corps mess left by previous troops.

As a result of the beatings to Jayapura city Police Chief and his aide, Jayapura City Police Chief suffered injuries bruises in his left chest due to stones and a few bruises on the body. While his aide Bripda Nyoman suffered some injuries in his left temple, cracked nose, torn wound in his back and hospitalized in the emergency room of Bhayangkra Hospital due to throwing and beatings with blunt and sharp objects by a group of masses when the Police Chief was in the crowd around Makorem 172 Prajawirayapti to control the situation happened at that time.

At 2 pm Papua time, Papua Police Chief, Inspector General of Police Drs. Boy Rafli Amar, MH and Millitary Chief of Cenderawasih Brigadier General Herman Asaribab went to the streets to cool the situation at some points around Padang Bulan Jayapura city and at around 4.45 Papua time the road access of Abepura – Sentani can be passed by two wheels and four wheels vehicles after the burnt tires were cleaned by Brimob (Indonesian special force for bombs) members using water cannon.

This case has been handled by Cendrawasih Millitary Police and Directorate of General Crime of Papua Police. Therefore, it is expected that the citizens can refrain so that the situation of Jayapura city can be more conducive and the people of Jayapura city can do their activities as usual.

Jayapura – After Buleubhe villages, the Eastern District of Jayapura, Papua province was formed since 24 years ago. Finally, the State Electricity Company management of Papua and West Papua (WP2B) have success to lighten the villages.

“During the inauguration, there are 17 customers who can directly use the electricity,” he said.

According to Yarangga, nowadays the State Electricity Company keep working hard in order to improve the electricity ratio in Papua before 2020.

“By operating the electricity in Buleubhe village, it becomes one of the program from Papua Terang that is 80 percent of villages in Papua and West Papua with use the electricity on 2020,” he said.

Yarangga said that Buleubhe village is the third village in Sentani Lake which can use the electricity. Previously, Puay and Yokiwa villages has been provided with the electricity since December ago.

“With the network expansion system from Jayapura electricity system, the three villages can directly use the electricity for 24 hours, he said.

He also expects that all the assets that have been provided along the village can be maintaned well because all the equipments are provided for the society. 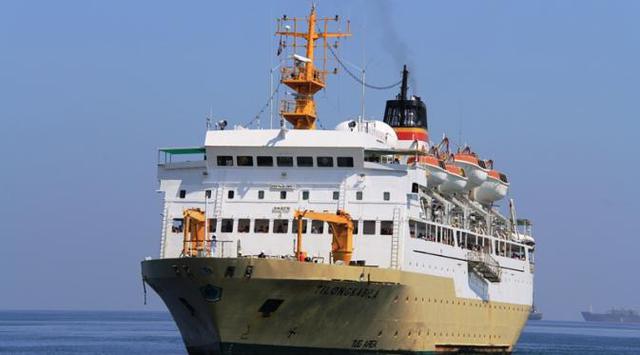 Timika – In order to lower the price of basic commodities in the Timika area, PT Pelayaran Nasional Indonesia (State-owned enterprise) or known as Pelni through its subsidiary PT Sarana Bandar Nasional (SBN) has operated Rumah Kita which is the implementation of the concept and follow-up of the sea toll initiated by President Joko Widodo.

PT Pelni’s PR and CSR Manager, Akhmad Sujadi, said, Rumah Kita in Timika is the first outlet of 40 planned by the Ministry of Transportation.

“Rumah Kita is the idea of the Ministry of Transportation and Ministry of State Owned Enterprises by synergizing SOES, PT Pelni, Pelindo, RNI, Bulog, PPI and others to joinly help lowering the prices of sea toll routes,” said Akhmad, in Jakarta, Monday (24/4/2017).

Akhmad continued, from the target of building 40 Rumah Kita throughout Indonesia, Pelni is assigned in four regions, they are Timika, Manokwari, Morotai, and Saumlaki.

Pelni Logistics, representative from PT Pelni, as the manager of Rumah Kita outlets in Timika has tried to design the Rumah Kita outlet, in order to be able to serve the community’s needs both retail or wholesale.

Rumah Kita’s outlet in Timika will also serve as a distributor center to supply goods to the community of Wamena region. 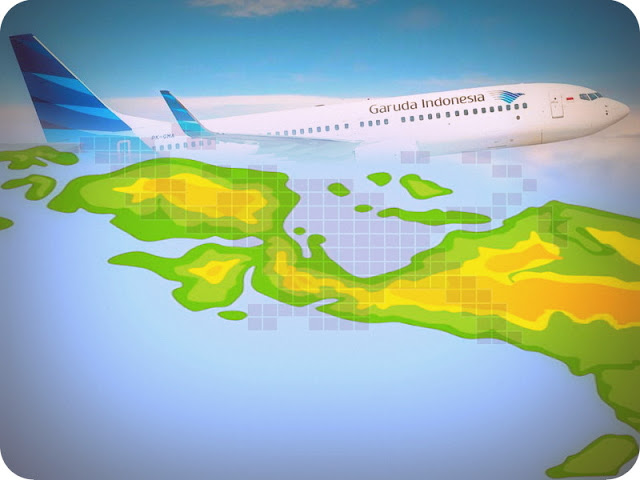 Bombardier CRJ 1000 aircraft Jet from Garuda Indonesia Airlines, starting from May 2nd, 2017, will reoptimize the Ambon-Sorong routes every day after previously serving four times a week.

It was revealed by the Sales and Marketing Manager of Garuda Indonesia branch Ambon, Agny Gallus Pratam said, the optimization of Ambon-Sorong route every day is expected to increase the number of passengers to Indonesia’s eastern region.

“Ambon-Sorong route also coincides with the reactivation of Surabaya-Ambon route, so that the passengers who are going to Sorong do not need to wait for long, but can continue the flight directly,” said Angy in Ambon on Sunday (23/4).

Gallus admitted this route is chosen because Ambon has many beautiful beach destinations that have not been touched by tourists. Meanwhile, in Sorong, tourists can visit Raja Ampat tour.

“The opening of the new route of Surabaya, Ambon, and Sorong are expected to complete the target of Garuda in serving the Indonesian eastern region,” he said.

The Surabaya-Ambon route, previously, operated but diverted to another route in Indonesia, then in this year was re-elected to be operated.

“While the Ambon-Surabaya schedule departs at 16.20 WIT arrives at 16.50 WIB with price started from Rp. 1,034 million. In this route, the customers also can fly to Bandung or Kupang,” he said.